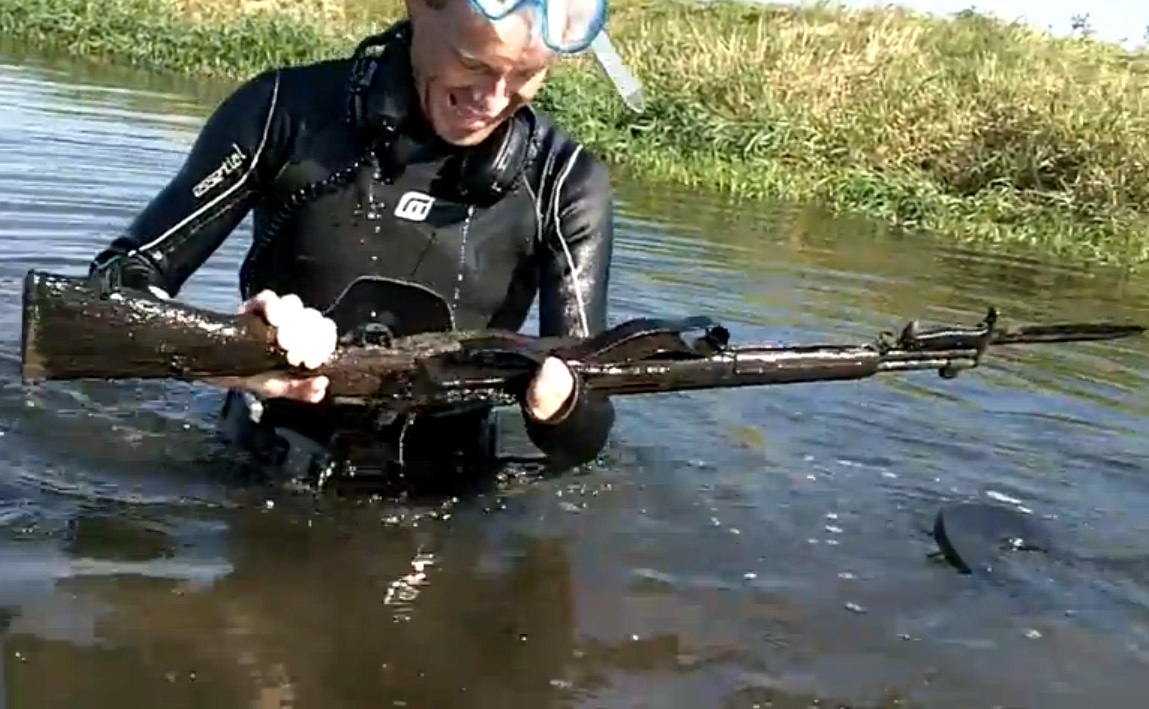 Normandy during those hectic days after D Day between 6th June and late August of 1944 saw millions of tons of equipment, arms and munitions brought across the mulberry harbours and the beaches of Omaha, Utah, Sword, Gold and Juno.

For decades afterwards equipment littered the fields of Normandy with farmers trying desperately to return their blood soaked land back to productive farmland again.

In the process they disposed of wartime ‘memorabilia’ (as we’d now term it) by burying it in handy shell holes or throwing it in nearby rivers and lakes.

Two years ago a French friend and I ventured down the Merderet river, not far from La Fière bridge, in a plastic canoe to see what still remains on the riverbed.

Within minutes of entering the water ‘pings’ were heard on the detector and resembling a large duck my friend disappeared below the water re-emerging with an intact mortar round.

We took a picture, put it back on the riverbed and moved on.

For the next 40 minutes in the space of just 30 yards the detector found relic after relic. Anti Tank mines, bazooka rounds, US grenades and then – the star find of the day.

Getting another hit on the detector he dived down again and as I gamely struggled to keep the canoe steady in the flow he popped back up with – an intact M1 Garand rifle complete with bayonet!

We were just 100 yards from the huge struggle that was the battle of La Fière bridge (the last scene in the film Private Ryan). Here over 500 82nd Airborne paratroopers were involved in what General Marshall called ‘the bloodiest small action in the history of American arms’.

We have no doubt that this M1 Garand rifle was lost sometime during that murderous 3 day period.