We do not employ guides – Ben is your guide.

The D-Day Tour Company was set up and is owned by Ben Trumble.

Somehow combining my passion for history with living in this historic location and forming the D-day Tour Company just seemed about the most natural thing in the world to do. We are now able to pass on our informed and we like to think, unique, insight into those few short bloody months of intensive fighting that made possible the liberation of Europe. 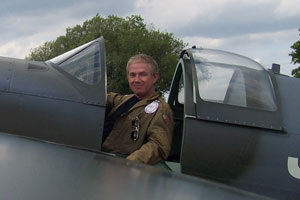 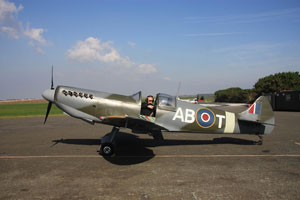 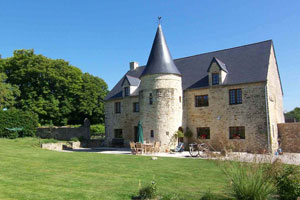 Born in England I started life as an Artist, studied history and leaving behind the life as a city broker, I moved to France in 1993. The base for the D Day tours is my rather lovely 16th century towered Manor where I’ve lived for over 20 years.

History in all its facets has been my constant since I was about 7 years old. I’m often asked which period of history interests me the most and I usually respond ‘From Dinosaurs to yesterday’.

Weaponry of all sorts grabs my attention and my collection of muskets and rifles (not to mention the cannon) along with world war two weapons are fired on a regular basis on our home range (we luckily have very few neighbours)!

Overriding my other passions is flying and I’m now the owner and pilot of a Supermarine Aviation Spitfire. Flying over the Normandy countryside is a lot safer now than it was in 1944 but I reckon it still looks pretty much the same as it did then!

After a rather unfortunate incident taking off from a small grass airfield in Cornwall my Spitfire was badly damaged. There is a picture on the gallery page of me walking away from the wreck as it is examined by one of the fire crew.